The Order of Malta in Poland

The Order in Poland

Activities of the Order on Polish territory dates from the 12th C., when Duke of Sandomierz ceded the town of Zagość near Wiślica. At that time, Knights of Malta operated hospitals and hospices for the poor in Silesia. In the 16-17th C., there were two Commanderies: one in Poznań dating from 1187, and another from 1610 in Stwołowicze in Lithuania. A remnant of the Poznań Commandery, which was in existence until the 19th C., is the Church of St. John of Jerusalem Beyond the Walls. During the partitions, Polish knights were active in the priories of the occupying powers. A rebirth occurred in the inter-war period of the 20th C., with the founding of the Polish Association of Knights of Malta. The Association operated several hospitals, including those in Rychtal and Rybnik, and rendered assistance to the poor and to victims of natural disasters 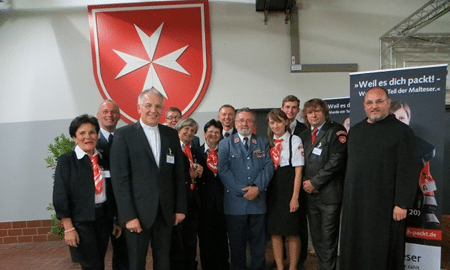 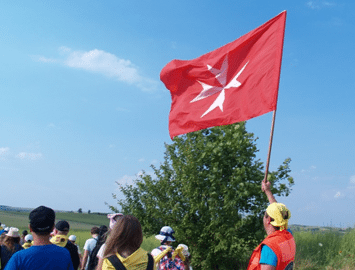 During World War II, the Maltese Hospital in Warsaw played a particularly significant role. During its 5 years of operations, it treated about 15 thousand sick and wounded.

After the war, when the Communist government made it impossible for the Association to officially conduct its activities, the governance of the Association was carried on by knights living in exile. The rebuilding of the Order of Malta in Poland occurred in the 1990’s. Currently the Association has about 150 knights and dames, of whom over half reside in Poland.