Founder of the Polish Knights of Malta 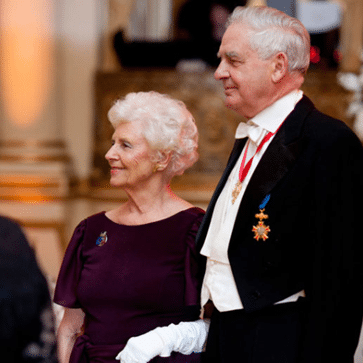 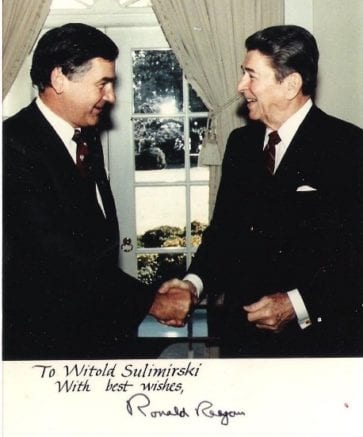 Witold Sulimirski exemplified the American Dream
May 18, 1933 – February 10, 2016 – International Banker and Financier, Servant Leader and Philanthropist, Catholic Family Man
Witold’s professional and charitable endeavors brought him to the attention of the governments of his homeland and his adopted country. In recognition of his professional work and his philanthropic endeavors working with President Lech Walesa and other leaders, he received the Commander’s Cross of Merit and Officer’s Cross of Merit from the Republic of Poland; he received invitations
to the White House by Presidents Carter, Reagan and Bush; and,
he earned the Grand Cross of Obedience and Honor from the Knights of Malta.
Born in Lwow, Poland, and smuggled out of Poland at the end of World War II,
he was educated at Cambridge University and earned a Master’s Degree in Economics at the University of Strasbourg. He emigrated to the United States in 1957 and worked as a banker for Irving Trust Company in New York, with postings to Beirut, London, and Frankfurt. After 32 years, he retired in 1989 as Senior Executive Vice President.
Witold advised business development of banking systems in Europe, the Middle East, Africa, and, eventually, in Poland, counselling sheiks, presidents and many prominent business leaders worldwide. Assignments included financing of development in the Arabian desert before the oil boom and opening Irving Trust branches in Beirut and Frankfurt. He presented and participated in many conferences, including the World Bank, International Monetary Fund, and with Zbigniew Bzezinski’s Center for Strategic & International Studies.

Upon his retirement from the bank, which coincided with the Solidarity Movement in Poland, Witold Sulimirski spearheaded the coalition to create Amerbank, the first international bank in post-communist Poland. Subsequently, at the behest of the White House, he served as Executive Director of the USAID financed American Investment Initiative which encouraged and facilitated US investment in Poland. Witold advised and assisted over 100 companies with strategy and operations. He consulted for Polish and American companies, Poland’s Ministry of Privatization, and as a board director of various international banks, as well.
Among Witold’s volunteer activities, which included the National
American-Arab Affairs Council, he served as Director of the Middle East
Policy Council, Director of Bicentennial Publications, Chairman of Polish Assistance; Treasurer of the Polish Institute of Arts and Sciences, Chairman of the Kosciuszko Foundation; and Treasurer of the Polish Knights of Malta.
Upon arrival to the USA, Witold joined the National Guard and served as Staff Sergeant until 1963.
Tragically, Witold succumbed to Alzheimer’s on Feb. 10, 2016. He is survived by Teresa, his wife of 58 years; three children: Ela Landegger (Cary), Adam (Diane), and Edward (Edwina); nine grandchildren and two brothers.
A Celebration of Life was held in Bronxville on Friday, April 22.
A Catholic funeral mass was held in Krakow, Poland, in the Church of Maksymilian Kolbe that was consecrated by Pope John Paul II with interment in the Knights of Malta Chapel. 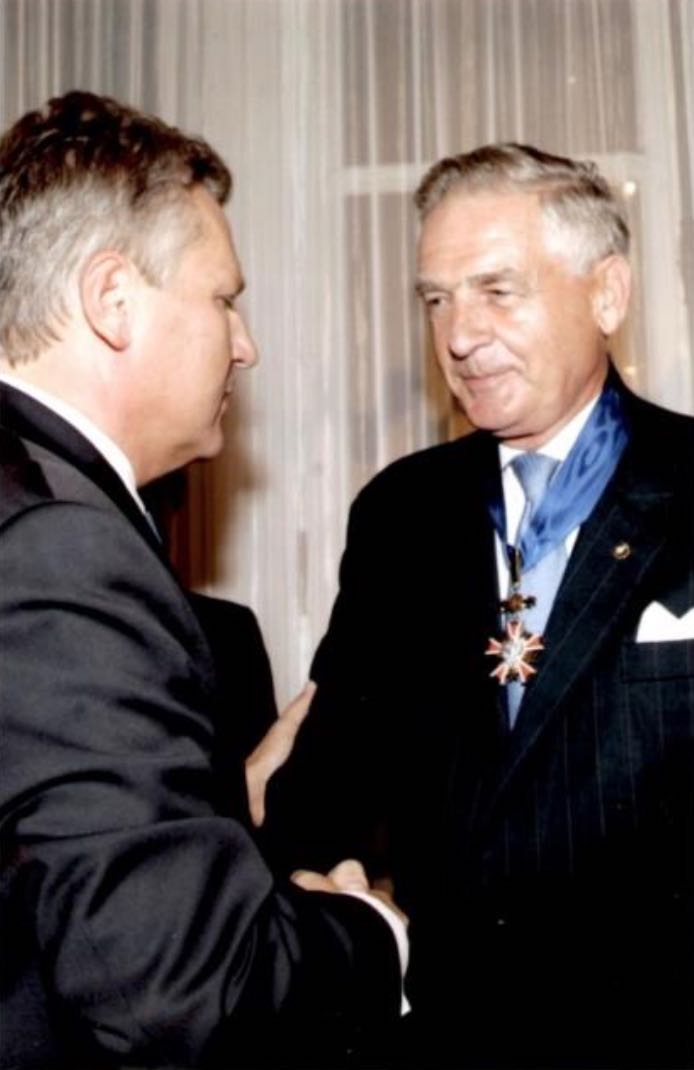 Witold Sulimirski receiving the Commander’s Cross of the Republic of Poland from President Aleksander Kwasniewski
September 16, 2005 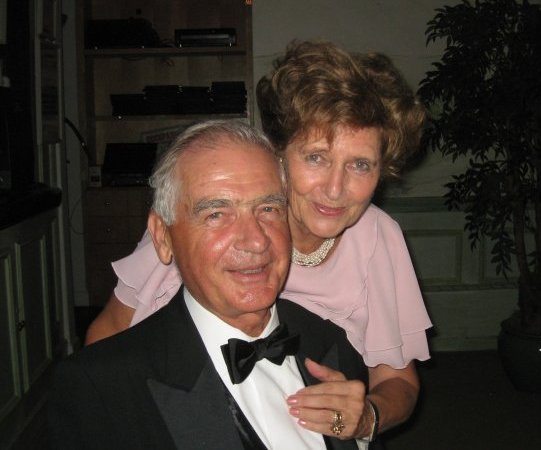 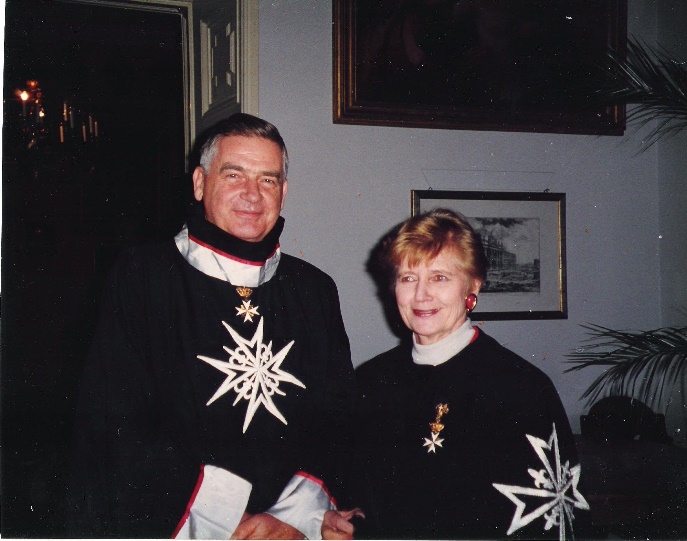 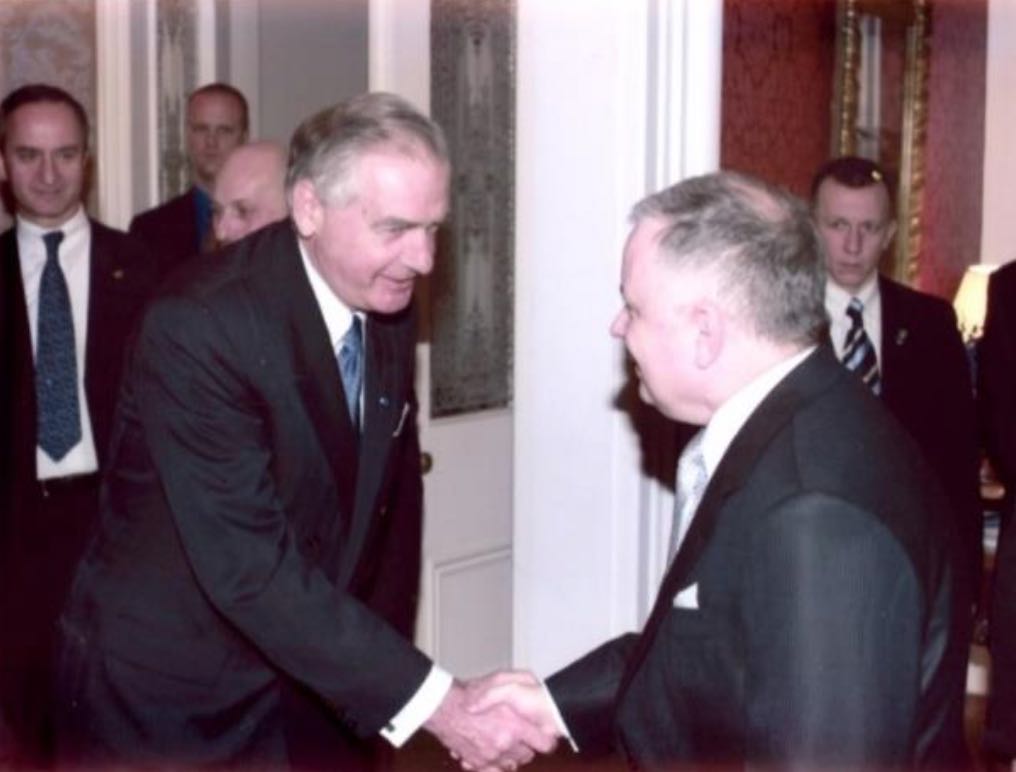 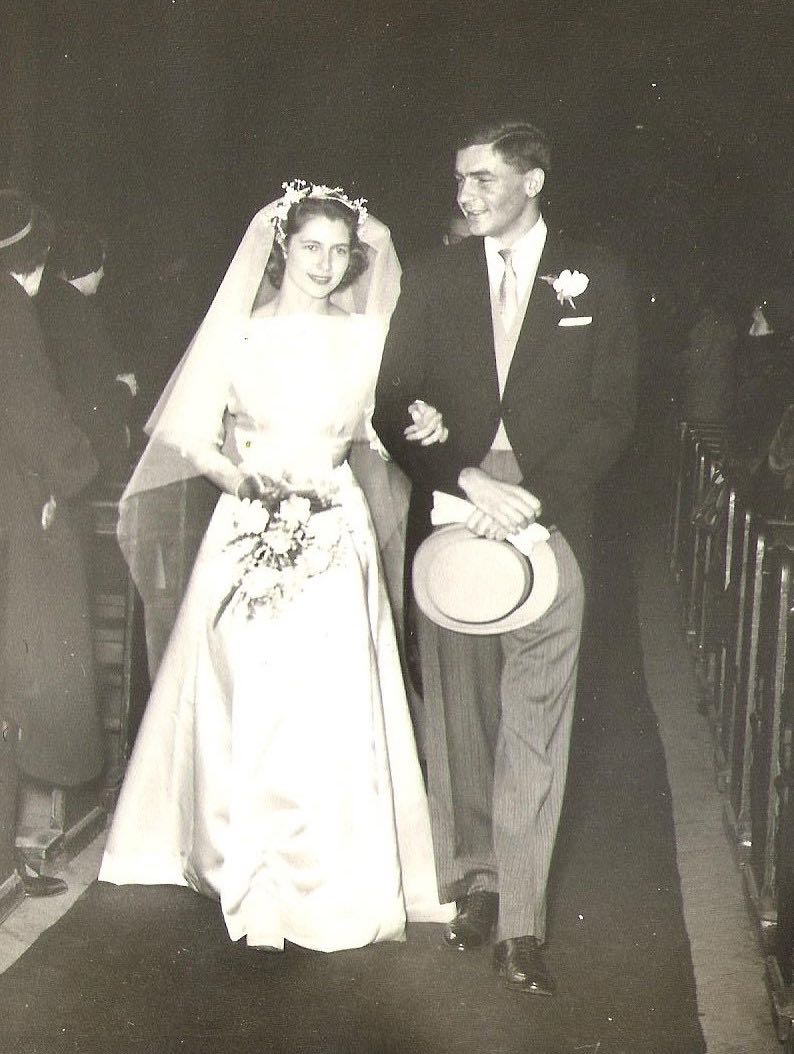 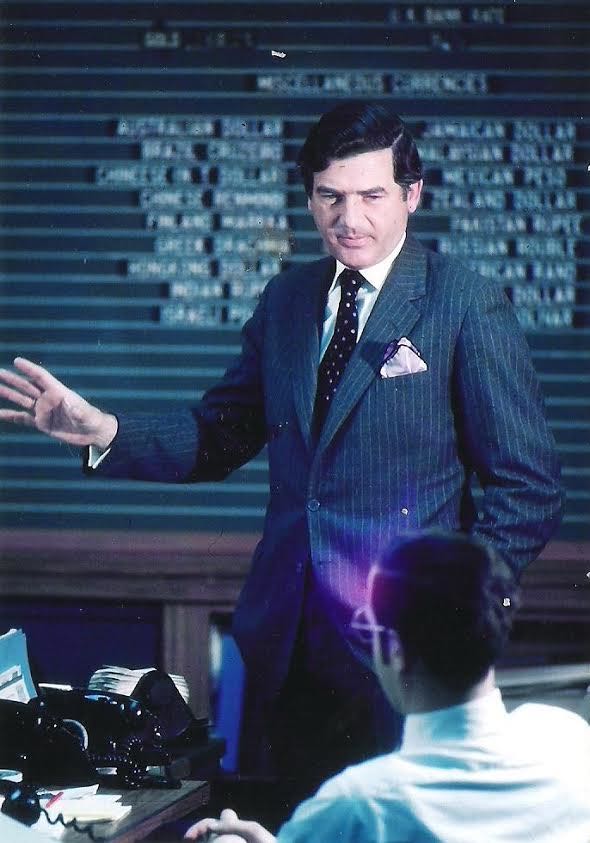 Founder of the Polish Knights of Malta

Born in Warsaw, Teresa (nee Fredro-Boniecka) was deported in 1941 to Siberia with her mother and older brother. They were among the fortunate civilians permitted to exit the Soviet Union with the Polish army of General Anders. Following the troops, she attended French, Italian and English schools in Iran, Iraq, Egypt, Italy and, finally, England, where she graduated from Westminster Technical College in hotel management.
In London, Teresa joined the Polish Girl Scouts, studied Polish history and culture, performed in Polish plays and participating in Radio Free Europe youth programs beamed to Poland. For several years she danced with the Kolberg Polish Folk Dance Group in London. After marrying Witold she emigrated to the United States in 1958.

Her husband’s foreign banking assignments took her and their three children to Lebanon, England and Germany for an aggregate of eight years. On returning to America in 1975, Teresa immersed herself in the work of Polish Assistance, becoming President in 1992. She has been a Dame of Malta since 1985 and for her charitable activity she has received the Cross of Merit from the Sovereign and Military Order of Malta, and the Cavalier’s Cross of Merit from the Republic of Poland. Teresa is a member of the Pro Arte League of the Kosciuszko Foundation and of several civic organizations in Bronxville, New York, where she and her husband reside. In addition to their three married children, Ela, Adam and Edward, they have eight grandchildren. 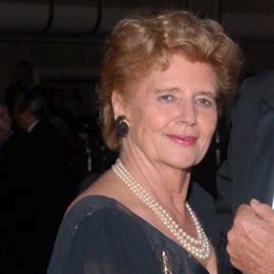