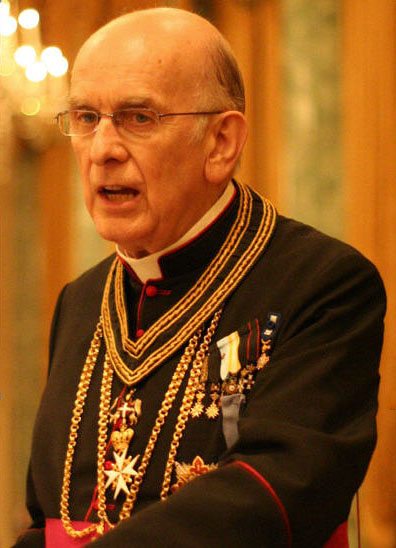 Father Barwig, was ordained to the priesthood on May 30, 1959. He pursued graduate studies in government and political science at Georgetown and Notre Dame Universities and Sacred Theology at the Pontifical Lateran University Rome. He has traveled widely throughout Europe and the Middle and Near East in the interest of the ecumenical movement, and was organizer and secretary of three Congresses for Christian Unity and several other religious conferences. He has written and lectured extensively on the ecumenical movement, spirituality and religious life, both in the United States and abroad.

Father Barwig pursued special research at the British Museum, London, and is translator of numerous works, among these the official Italian life of the Servant of God Mother Mary of Jesus the Good Shepherd, Foundress of the Congregation of the Sisters of the Holy Family of Nazareth.

In 1959, Father Barwig was decorated by the Spanish Government as Knight Commander of the Order of Isabel la Catolica, in recognition of his efforts to improve relations between the United States and Spain.